In the Indian, as in other traditional civilizations, poetry played a role incomparably more significant than in modern society. The word kavitā, or kavitva, means "poetry" in Sanskrit, as well as the gift of eloquence and poetic talent. The poet (kavi) was a figure of superhuman wisdom and insight. In the Rig Veda, the poet is the father of words (III. 29. 9) and the seeker of the true path (III.55.2; 19.16). The patrons of poets are Brihaspati and Sarasvati. Andre Padu points out an interesting connection between poetry and magic in this regard. Therefore, it is not surprising that the theme of poetic siddhi, which is bestowed on tantric by Kali, Tara and Nilasaraswati as a reward for his successful ritual practice, is constantly heard throughout the text of the Brihannila Tantra. This ability clearly stands out among all the other "perfections", although it is not included in the list of the eight siddhis. In addition to BNT, the method of obtaining kavitva (through the worship of the goddess Tara) is described in the 12th chapter (kavitva-sādhana) of the short version of Siddha-yogeshvari-mata, where this siddhi is supposed to provide very diverse opportunities. kavitva is one of the five signs (cihna) of an adept's possession by the Rudra energy (rudra-śakti-samāveśa) listed in MVT (3.18). In addition, this siddhi is mentioned in Kaula-jnana-nirnaya (7.21). In Shaktisangama tantra (III.18.18), kavitā is listed among other siddhis. 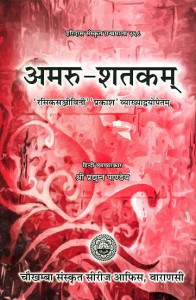