Joining one of the Tantra schools through the rite of initiation (dīkāā) involves taking a new name (dīkāā-nāman), different from the former mundane (laukika). This practice exists in different spiritual traditions. So, in Christianity when taking the rank, a person changes his name, given to him at birth, to the new one given to him by his church, which later becomes the official form of address to him.
In Shaktisangama tantra (II. 30. 8-9; IV.2.90) it is said that the sadhaka should avoid calling shakti by the name given to her by her parents and calling her by a new name. ( Collapse ) 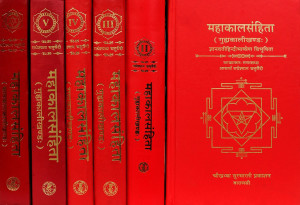