The Tantric tradition demonstrates two approaches to the worship of women. According to the first, more common, the deity enters the body only for the duration of the rite, and thus the worship is performed not by the woman herself, but by the goddess present in her bodily shell. There is a special term for this – aveśa meaning "entry, possession". In Tantra, this term refers to a higher state of consciousness, a mystical trance resulting from the" entry" of a deity into a person, as well as being possessed by a deity, and also by some other supernatural entity, or even a lower spirit (bhūtāveśa). It is in the latter sense that the term aveśa is understood in the folk religion of India. ( Collapse ) 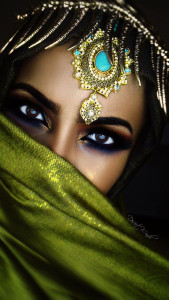