Tantra is completely alien to somatophobia (fear of the body), inherent in ascetic and world-denying currents, for its adherents the body is not just a mortal shell, but a powerful tool. The key to the mysteries of the universe must be found in the body. According to the tantric maxim, what is not contained in the body is not present in the universe. Almost all aspects of the Tantra world can be viewed from the angle of the body. In Stella Dupuis ' book Yogini Temples in India, a tantric mentor says that the gods envy a human because he has a body. ( Collapse ) 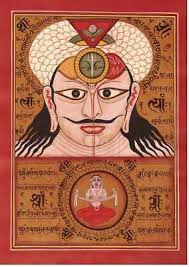